The Italian Senate passes the”Legitimate Defense” bill, which makes it easier for citizens to protect against home intruders by expanding what is legally considered self-defense.

The measure comes amid calls from Italy’s Deputy Prime Minister for relaxed gun-regulations as more Italians are starting to embrace more U.S.-style gun and self-defense laws.

“In his own home, a citizen has the right to be safe and free.” –– Nicola Molteni, member of the Chamber of Deputies of Italy 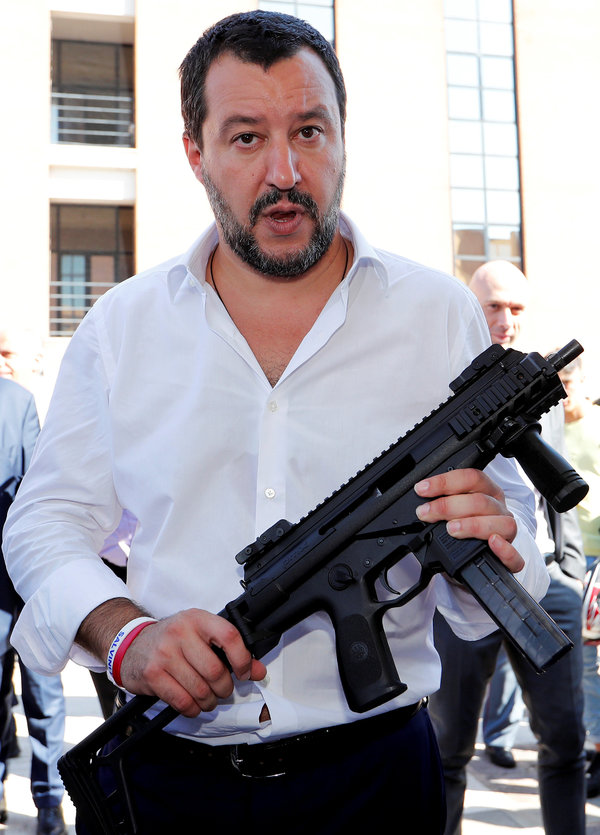 Before the law was passed, homeowners required proof trespassers posed an immediate physical threat to them or other residents if the intruders were hurt or killed while trespassing. Homeowners can now fire upon trespassers as long as there is a perceived threat of violence. Italian citizens are also offered free legal aid if they claim they killed or injured an intruder in self-defense.

This is similar to U.S. ‘castle laws,’ which allow citizens to use lethal force — including firearms — to protect against trespassers.

Italy is known for its firearm craftsmanship, and has exported an estimated two billion dollars worth of shotguns to the U.S. over the past decade. Nonetheless, few Italians in the past have ever owned guns. Most who have, used them more for sports hunting than self-defense.

Reports last year showed that gun ownership in Italy rose by about 14-percent from 2017 to 2018. As Salvini’s government continues to relax legislation on guns and self-defense, more citizens are embracing U.S.-like ideas of individual safety and freedom.