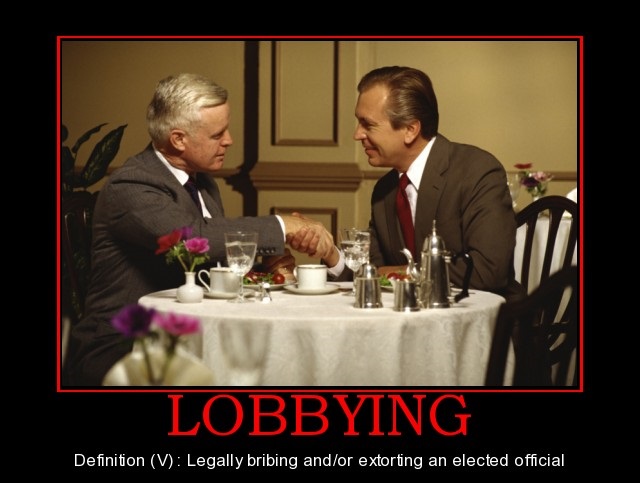 Most people think of lobbying in government as big industry companies throwing money at elected officials to get what they want passed into law. While this notion is true, what most people don’t realize is that those very same elected officials actually use “expenditure funds” (aka a tax payer funded credit card for official government business expenditures) to go out of their way to coax the various lobbyists to come to them with their lobby money. In other words, nowadays the lobbyists aren’t going to the politicians, but rather the politicians are clamoring and competing for the favor of the lobbyists using tax payer money to take them out to dinner in order to impress them to get their “lobby money” for their “campaigns”.