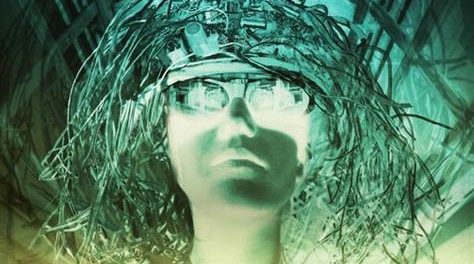 Read This Thought: The U.S. Army is developing a technology known as synthetic telepathy that would allow someone to create email or voice mail and send it by thought alone. The concept is based on reading electrical activity in the brain using an electroencephalograph, or EEG.

Vocal cords were overrated anyway. A new Army grant aims to create email or voice mail and send it by thought alone. No need to type an e-mail, dial a phone or even speak a word.

Known as synthetic telepathy, the technology is based on reading electrical activity in the brain using an electroencephalograph, or EEG. Similar technology is being marketed as a way to control video games by thought.

“I think that this will eventually become just another way of communicating,” said Mike D’Zmura, from the University of California, Irvine and the lead scientist on the project.

“It will take a lot of research, and a lot of time, but there are also a lot of commercial applications, not just military applications,” he said.

The idea of communicating by thought alone is not a new one. In the 1960s, a researcher strapped an EEG to his head and, with some training, could stop and start his brain’s alpha waves to compose Morse code messages.

The Army grant to researchers at University of California, Irvine, Carnegie Mellon University and the University of Maryland has two objectives. The first is to compose a message using, as D’Zmura puts it, “that little voice in your head.”

The second part is to send that message to a particular individual or object (like a radio), also just with the power of thought. Once the message reaches the recipient, it could be read as text or as a voice mail.

While the money may come from the Army and its first use could be for covert operations, D’Zmura thinks that thought-based communication will find more use in the civilian realm.

“The eventual application I see is for students sitting in the back of the lecture hall not paying attention because they are texting,” said D’Zmura. “Instead, students could be back there, just thinking to each other.”

EEG-based gaming devices are large and fairly conspicuous, but D’Zmura thinks that eventually they could be incorporated into a baseball hat or a hood.

Six real-life ‘X-Files’Another use for such a system is for patients with Lou Gehrig’s disease, or ALS. As the disease progresses, patients have fully functional brains but slowly lose control over their muscles. Synthetic telepathy could be a way for these patients to communicate.

One of the first areas for thought-based communication is in the gaming world, said Paul Sajda of Columbia University.

Commercial EEG headsets already exist that allow wearers to manipulate virtual objects by thought alone, noted Sajda, but thinking “move rock” is easier than, say, “Have everyone meet at Starbucks at 5:30.”

One difficulty in composing specific messages is fundamental — EEGs are not very specific. They can only locate a signal to within about one to two centimeters. That’s a large distance in the brain. In the brain’s auditory cortex, for example, two centimeters is the difference between low notes and high notes, D’Zmura said.

Placing electrodes between the skull and the brain would offer more precise readings, but it is expensive and requires invasive surgery.

To work around this problem, the scientists need to gain a much better understanding of what words and phrases light up what brain sections. To create a detailed map of the brain scientists will also use functional magnetic resonance imaging (fMRI) and magnetoencephalography (MEG).

Of all three technologies EEG is the one currently cheap enough, light enough and fast enough for a mass market device.

The map generated by all three technologies will help the computer guess which word of phrase a person means when a part of the brain is lights up on the EEG. The idea is similar to how dictation software like Dragon NaturallySpeaking uses context to help determine which word you said.

Mapping the brain’s response to most of the English language is a large task, and D’Zmura says that it will be 15-20 years before thought-based communication is reality. Sajda, who is on sabbatical in Japan to research using EEGs to scan images rapidly, sounded skeptical but excited.

“There are technical hurdles that need to be ovecome first, but then again, 20 years ago people would have thought that the two of us talking to each other half a world away over Skype (and Internet-based phone service) was crazy,” said Sajda.

To those who might be nervous about thought-based communication turning into a sci-fi comedy of errors, D’Zmura says not to worry. Mind-message composition would take specific conscious thoughts and training to develop them. The device would also have a on/off switch.

“When I was a kid I occasionally said things that were inappropriate, and I learned not to do that,” said D’Zmura. “I think that people would learn to think in a way the computer couldn’t interpret. Or they can just switch it off.”